Leadership and Board of Trustees 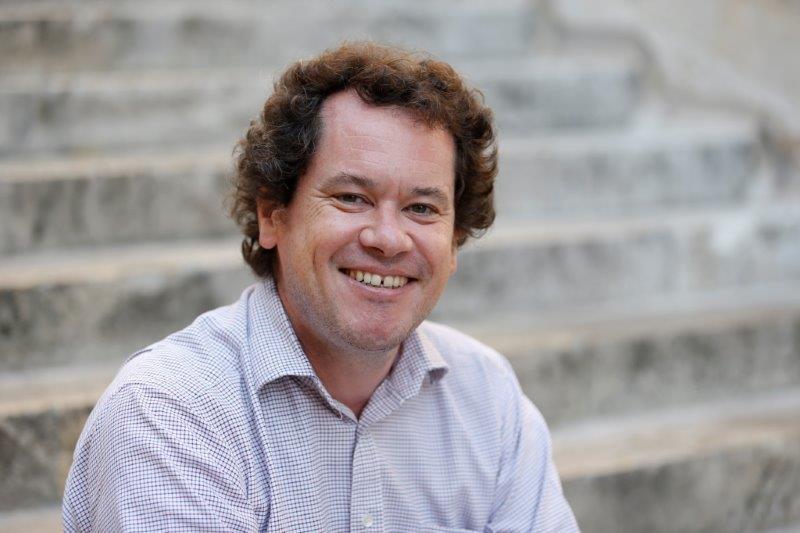 Nathalie Courtel moved to Paris in 2000 from Toronto, Canada as a PWC Consulting change management expert to continue her work helping public and private organizations implement vast and profound organizational change. She and her family moved back to Canada in 2009 and returned to Paris in 2012, at which time, and after considerate review of schools available to the children in Paris, the International School of Paris became the obvious choice. It stood out as truly offering modern, holistic and rigorous schooling, authentically “walking the talk” of bringing out the best in each individual child’s learning experience core to the well rounded IB curriculum. We at ISP believe, as Nathalie does, in the school’s role to educate children for the important 21st century challenges, socio-environmental responsibilities and opportunities.

Nathalie brings to the board her deep understanding of organizational growth and change experience. She is a fluent French and English speaker and hopes to build even deeper ties with the local community. Nathalie is a fervent believer in the invaluable gift of the diversity of the ISP community and hopes to see connections between them be even further nurtured.

Nathalie holds a B.A. in Interpersonal Communication from the University of Ottawa and an MBA from McGill University. Since leaving the world of consulting Nathalie is pursuing her PhD in business with a particular interest in organisational compassion and aesthetics and how it may support more sustainable organisations.

Jennifer is a communications professional based in Paris since 2011. She is the President of Pont Partners, a Paris-based public relations agency specialising in media relations, reputation management, crisis communications and online reputation.

Her family selected ISP for their daughter (Class of 2027) based upon their commitment to a full International Baccalaureate programme from the nursery years to the Diploma Programme. The family remains delighted with the rich academic curriculum, enquiry-based learning and warm school community.

Jennifer graduated in Politics from the University of Warwick in 1999 and holds a National Certificate in Newspaper Journalism from the UK.

Mark Stabile is the Stone Chaired Professor of Wealth Inequality and Professor of Economics at INSEAD and a CEPR Fellow in Labour Economics. He directs the James M. and Cathleen D. Stone Centre for the Study of Wealth Inequality at INSEAD and is also the Academic Director of the Hoffmann Institute for Business and Society. His research focuses on inequality, poverty, child health, and tax policy. His work on the effects of child tax credits on labour markets and poverty has been widely cited in policy debates in the US and Canada.

From 2007 to 2015 he was the founding Director of the School of Public Policy and Governance at the University of Toronto and Professor of Economics and Public Policy at the Rotman School of Management, University of Toronto. From 2003-2005 he was the Senior Policy Advisor to the Ontario Minister of Finance, where he worked on tax, health, and education policy. He served on the Board of the Higher Education Quality Council of Ontario from 2013 to 2015. He is the recipient of the Carolyn Tuohy award in Public Policy, the John Polanyi Prize in Economics, and the Harry Johnson Prize from the Canadian Economics Association (twice). He is associate editor of the Journal of Health Economics. Professor Stabile received his Ph.D. from Columbia University and his BA from the University of Toronto.

Jessica Lovejoy is honoured to serve on the ISP Board of Trustees and enthusiastically provides her extensive management, legal and educational experience to cultivate and advance ISP’s mission and implement its strategic plan.

Jessica moved to Paris from New York in 2015 and her commitment to international education developed as she watched her children thrive during their first year at ISP.

ISP gave them the freedom, encouragement, and tools to take risks, make independent decisions, and embrace complexity. The IB approaches to learning appeal to Jessica because her own career path has been driven by unexpected opportunities and the need to adapt her skills to new situations.

She began her professional career as a U.S. Army officer in various leadership positions, including helicopter pilot and Inspector General for the U.S. Military Academy at West Point. She then spent several years as a university-level educator, teaching international relations and American politics. Later, as an attorney with an international law firm in New York, Jessica represented clients in cases involving investment banking, insurance, and corporate governance.

A graduate from École Polytechnique in Engineering in 1988, Hervé Glasel began his career in the banking sector with posts in Europe, Asia and North America. Married with four children, he and his family experienced different education systems in Singapore, Spain, the UK and the US.

Fascinated by rapid developments in cognitive sciences, he completed a university degree in Psychology, specializing in Child Development and Education and received an MA in Neuropsychology. In 2008, Hervé left the banking sector to start a network of schools in Paris, CERENE, that work with children with learning disabilities.

Hervé is excited to serve the ISP community as a Board member, sharing his knowledge of the French education system, his experience working with children with special needs and his interest in the impact that discoveries in brain sciences have on the education sector.

Rula is a Lebanese-American who relocated to Paris in 2018 with her family. After considering a number of schooling options for her two children, ISP quickly became the obvious choice for a community-based, diverse and modern educational experience that prepares students for success in a diverse world. Her son graduated ISP in summer 2021 and her daughter is currently in the class of 2027 at ISP.

Rula has a Masters degree in Public Health with a concentration in Epidemiology and Biostatistics from the American University of Beirut. She moved to the United States in 1999 and spent the last 20 years consulting with leading US-based hospitals to build international patient referral programs and physician exchange and training programs. Rula also worked closely with the development officers and grateful patients and donors. Rula comes with an extensive experience negotiating with governments, international donors and hospitals to ensure the viability of the programs she oversaw.

Rula is honored to serve on the Board of Trustees and to work with her fellow board members in serving ISP and its community.

Onika Miller is deeply committed to lifelong learning and has led corporate and organisational transformations while building teams and fostering a continuous learning culture. Born in the island of Jamaica, she has worked with diverse stakeholders and a wide range of organisations in leadership, governance, strategy, policy development, strategic planning and analysis to deliver results and positive outcomes.

ISP’s commitment to the holistic development of students, reflected in the guiding statements and learner profile attributes, resonates strongly with her learning and development goals for her daughter, Lauren (Class of 2022), making ISP an easy choice when the family arrived in Paris in 2020.

Onika is honoured to serve on the Board of Trustees and contribute to delivering the mission of developing responsible learners as global citizens who embrace and manage complexity to help others and create a lasting positive impact.

Igor Schlumberger, born and raised in Paris, is a renowned entrepreneur in the e-commerce industry. Among his many achievements he launched Europe’s foremost shopping destination in 1998, Leguide.com, and served as its CEO. He also co-founded both PrestaShop in 2007, an open source e-commerce solution, and recently in 2012, an industry-leading customer solution called VideoDesk, which uses live video, text and voice chat.

He and his wife Emmanuelle, a primary school teacher in the French educational system, are greatly interested in education. An inquirer by nature, Igor is a fervent believer in the IB program. After spending a year and a half in Palo Alto in California in the early 90s, Igor came back to Paris to raise his family. At ISP, he is able to offer his children an international education, increasing their understanding of the world and their chances for success in a global economy, all the while growing up in Paris. A father of five, four of his children have already graduated from ISP, Isaure (class of 2012), Rémy (class of 2013), Paul (class of 2015) and Emile (class of 2019). Igor is delighted to serve the ISP community as a member of the Board since 2006.

Igor speaks French, English and Spanish and in his spare time he has been practicing Hokido, a martial art, for the last 30 years.

Assil Charara was born and raised in Lebanon. After being in a French school, Assil earned her BA in Early Childhood Education from the Lebanese American University. Her journey in the IB world started in 2000 at the International College in Beirut where she taught right after graduation.

Assil moved to Paris with her daughters in 2011 and started working at ISP in 2013. Her love for picture books and her long years of experience in PYP (Primary Years Program) made her years at the primary school library full of discovery and growth.

In addition to being a library teacher, Assil was highly involved in the research program at ISP. She conducted several action research projects along with other colleagues, which helped her make stronger connections with the ISP community and foment the belief in the authenticity of the education that we should continue to provide.

As a life-long learner, Assil believes in human and professional exchange; Assil doesn't miss any chances to share her learning experiences with others (ELSA, ECIS, as a PYP assistant coordinator...) and to learn from others by attending educational workshops and conferences,

Being a grade 1 homeroom teacher, Assil creates, with her students, a community of learners where trust, communication, and the pleasure of learning are always on the menu.

Satoshi Imai’s international journey began at age 14, when he visited major cities in Europe and in the United States as a member of a Japanese student goodwill group. That experience ignited a fascination with diversity and complexity around the world that has persisted to this day.

Born in Kyoto, Satoshi earned a bachelor’s degree in sociology from the Université Paris X Nanterre. He made his career at the Japanese investment bank Nomura, holding senior positions in London, Geneva, Madrid, Kuala Lumpur and Paris before retiring as chairman of the Board of Directors.

While at Banque Nomura France, Satoshi was in charge of the integration of the European and Asia operations of Lehman Brothers, which Nomura had acquired. He also played a pivotal role in promoting French government security in Japan. He recently founded a consulting company, Dialogue Franco-Japonais SARL, to contribute to the development of cultural and economic ties between France and Japan.

Satoshi is eager to serve the multinational community of ISP, and to participate actively in the school’s new strategic plan. His daughter, Sari Imai, a member of the ISP Class of 2016, received her IB diploma with a perfect score of 45.

Trilingual in English, French and Japanese, Satoshi enjoys participating in cultural exchanges and playing piano as hobbies. He has been Vice-President of the ISP Board of Trustees from 2016 to 2022.